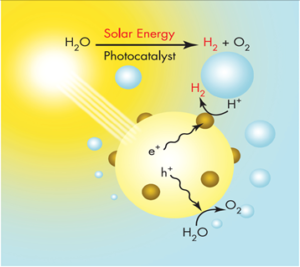 The Sun is the primary and abundant form of energy in the Solar System, and the fundamental factor in the development and survival of life systems on Earth. The human civilization, in the primitive or modern form, was intrinsically connected with the transformation of energy sources into useful forms of energy (fire, wind-powered machines, mineral fuels for heat and energy, nuclear power, etc.) and the technological management of storage, transport and use of energy for every aspect of human civilization. The excessive use of non-renewable sources of mineral fuels in the last decades (coal, petroleum, natural gas) caused a series of environmental pollution problems and especially the greenhouse effect and climatic changes. Inevitably, scientists and technologists initiated many decades ago the use of renewable energy sources which are environmentally friendly. Sunlight is by far the most plentiful renewable energy resource, providing Earth with enough power to meet all of humanity’s needs several hundred times over. However, it is both diffuse and intermittent, which presents problems regarding how best to harvest this energy and store it for times when the sun is not shining.

Devices that use sunlight to split water into hydrogen and oxygen could be one solution to these problems, because hydrogen is an excellent fuel. However, if such devices are to become widely adopted, they must be cheap to produce and operate. Therefore, the development of electrocatalysts for water splitting that comprise only inexpensive, earth-abundant elements is critical. In this review, we included the most recent papers and reviews on water splitting and the progress towards such electrocatalysts, with special emphasis on how they might be incorporated into photoelectrocatalytic water-splitting systems and the challenges that remain in developing these devices. Despite the intensive research projects of the last decades and the promising technologies the development of practical applications for splitting economically water and the production of hydrogen as a renewable alternative fuel is lacking. The hydrogen can be stored and then oxidized to release energy giving a carbon-neutral fuel production and consumption cycle.