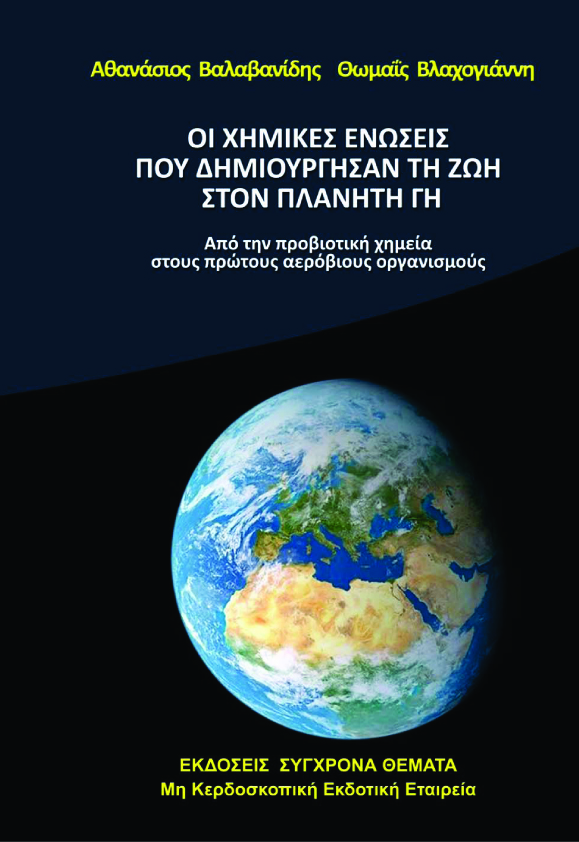 Valavanidis, A., Vlachogianni, Th., 2011. Chemical molecules and the evolution of life on planet Earth. From prebiotic chemistry to the first aerobic organisms. Synchrona Themata Publs, Athens, 2011

The past 30 years there have been remarkable discoveries regarding the prebiotic conditions of primitive life on planet earth, after its first years of creation by interstellar dust at high temperatures. Water, oxygen, carbon dioxide, methane and iron and a few other simple inorganic and organic compounds played a leading role in the formation and evolution of prebiotic life, which led to the first prokaryotic and eukaryotic organisms. This book provides interesting information on the role of each of these compounds and covers also a number of others that contributed significantly in the development/evolution of living organisms, as well as their biological processes.